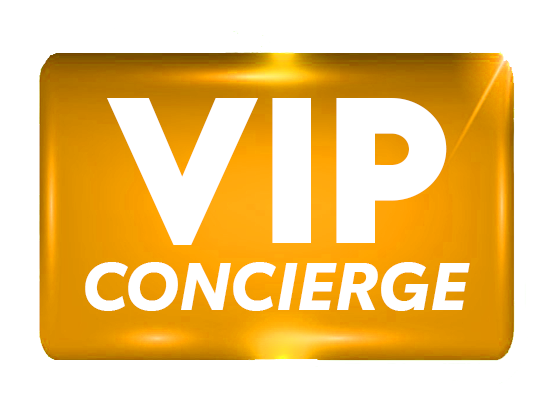 The Official Automotive Blog For Toyota of Poway

Toyota is celebrating a huge milestone with one of its signature models, the Corolla. This model started out as a simple sedan and has become synonymous with elegant style and quality. Fans of the sedan have supported it for more than 55 years, making it an automotive icon.

It's hard to believe that the Toyota Tundra is approaching 15 years on the market. Equally difficult to understand is why this incredibly successful full-sized truck has not seen a significant refresh since 2014. However, that is all about to change as the 2022 Toyota Tundra is ready to set the truck world on fire with a new look, a more well-appointed interior, and a spry 3.5 liter twin-turbo V-6 engine. All of these improvements and the quality of every Toyota will come with a base sticker price around the $35k point.

World-famous automotive consumer platform names their best buy vehicles for 2021, and Toyota takes the top spot with the newest models of the Toyota RAV4 and Toyota RAV4 Prime. Each vehicle saw some amazing highs with their practicality, performance, capability and so much more, and with all-new features each vehicle makes for the perfect road trip. The RAV4 and the RAV4 Prime took major ownership of Kelley Blue Book’s rankings of the compact SUV segment. This year’s RAV4 is available in gas-only or hybrid models, offering an all-new level of fuel economy. The RAV4 Prime is the next big thing for Toyota, as it encompasses features fit for the traveling family and performance enthusiast alike. Each vehicle is outfitted with a ton of standard features from Toyota, making each one a testament to the brand’s innovative approach to the next generation of SUVs.

Since 1998, Toyota has released the Toyota Sienna year after year. This year’s model introduces several new frontiers for the Toyota Sienna, as it enters its first year of its fourth-generation vehicle. With all new innovative features that is a massive departure from the Sienna as we know it, there is a ton of excitement surrounding this vehicle for the upcoming year. In addition to a series of new features involving infotainment, comfort, and utility, The biggest celebration for the newest Sienna is tied in with its absolutely outstanding fuel economy for its class, and has thus earned it the title of “Family Green Car of the Year.”

Performance enthusiasts everywhere are rejoicing after Toyota debuts four new vehicles that demonstrate outstanding capability both on and off the Road. The company debuted a trio of high-speed Toyota Supras and a singular, loaded Off-Road Toyota Tacoma at the most recent SEMA 360 Showcase earlier in November of 2020. This year, the normally packed convention was held as a virtual event, but for Toyota that was no reason to not participate. Each vehicle showcased by Toyota holds exciting new features for the vehicle modification devotee, and each vehicle is looking ahead to the future for a rise in overall usage and popularity.

The next step for many automotive companies is to provide a better, safer feature through vehicles that can communicate with each other and their surroundings. In the last couple of decades, there has already been a massive boom in safety and technology integration. Features such as backup cameras, blind spot detection, lane change assists, and intuitive braking and cruise control are no longer considered a luxury, and have become a widespread standard element on many vehicles. Coupled with the increasing available capability of onboard computers, radar, optics, and other elements our vehicles today can do much more than ever before. Although we are a far cry from flying vehicles or robots driving our cars for us, there is an all-new technology in the works, the ability for vehicles to communicate with both themselves and the roads around them.

The last twenty years have been absolutely amazing for the integration of safety technology in everyday vehicles. In 1995, we saw the first introduction of Electronic Stability Control. Later on, in 1999, the automotive industry introduced the first lane departure alert systems, and in 2005 the first radar assisted adaptive cruise control. However, many of the safety features we know today were not standard in many cars until recently. With their latest lineup of models, has endeavored to make such features not only more advanced than ever, but also available to everyone. Using the Toyota-exclusive Safety Sense System, Toyota vehicles everywhere are topping the charts for safety picks and awards.

Getting to know the 2021 Toyota Sienna

For well over half a century, Toyota has grown its brand across North America by leaps and bounds with the continued development of their vehicles of all shapes and sizes. In the last 60 years, Toyota has made over 38 million vehicles in the United States and is committed to state-of-the-art design, expert engineering, and high overall quality. With vehicles of nearly every class, no one is left of out the Toyota experience. As 2020 wanes and the new year starts to come into focus, the illustrious automotive company brings their new minivan, the 2021 Toyota Sienna, into the spotlight. This exciting minivan brings a favored classic into the modern era, delivering a new standard for family vehicles everywhere.

Toyota Meets Investment Pledge for the US One Year Early

Toyota has been building a strong presence in the United States for over 60 years, using innovation and a dedication to quality and value as its selling points to consumers and investors alike. The company continues to show its commitment by meeting the investment goal in four years instead of the five promised in 2017.

What is a Fuel Cell? They'll be Standard Soon

Toyota Motor Corporation is partnering with five other companies, all from China, to develop fuel cells which will be placed in commercial vehicles. This step could provide a major boost for Toyota in the alternate energy source market.